PCDA(O) has issued the example for the fixation of pay for the rank of HAG subsequently promoted to HAG+ opting to 7th CPC Pay structure by option 2 with effect from the date of promotion i.e. 31/10/2016 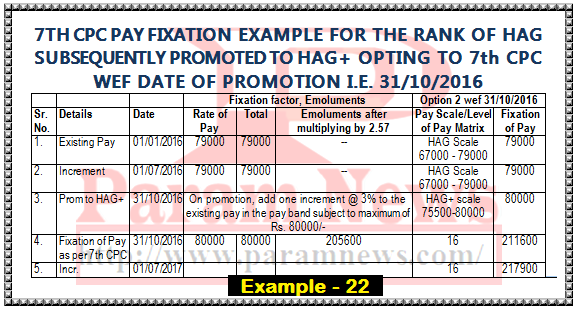 EXAMPLE FOR THE RANK OF HAG SUBSEQUENTLY PROMOTED TO HAG+ OPTING TO 7th CPC WEF DATE OF PROMOTION I.E. 31/10/2016