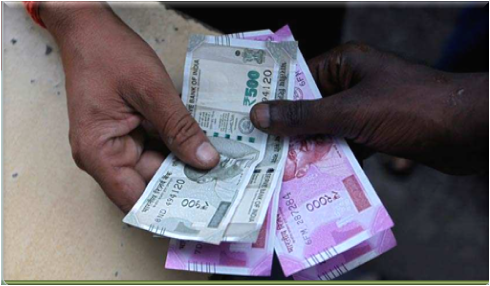 There is finally some good news for the Central Government employees which has brought cheer to around 50 lakh employees. It is Modi-led Union government's Diwali gift for CG employees, but is it enough In what could be called as a Diwali gift, the government has extended LTC benefits for the CG employees.
[post_ads]

The Department of Personnel and Training (DoP&T) said that the scheme allowing government servants to travel by air to the North East Region, Jammu and Kashmir and Andaman and Nicobar Islands is extended for a further period of 2 years with effect from September 26 2018 to September 25 2020.
The Union government had previously extended the LTC benefits for Central government employees in 2014.

It may be recalled that the 7th Pay Commission had recommended to retain and rationalise the Leave Travel Allowance. The LTC facilitates CG employees' home travel as well as travel to different parts of the country.

The 7th Pay Commission had noted the the demand for increase the frequency of LTC especially for All India visits and foreign countries too.

The 7th Pay Commission had said: On splitting hometown LTC, the pay panel said, "The proposal to split hometown LTC has merit and can be considered. Hence, it is recommended that splitting of hometown LTC should be allowed in case of employees posted in North East, Ladakh and Island territories of Andaman, Nicobar and Lakshadweep. This will enable these employees and their families to meet more often.

"For SSB Personnel: "The facility of Additional LTC should be extended to SSB personnel, at par with other CAPFs."

For Railways staff: "Regarding bringing Railway employees (and employees whose spouses are Railway servants) into the fold of LTC, the following is recommended:
[post_ads_2]
This comes as some relief for CG employees who have been struggling to get the government to extend benefits relating to a pay hike. While the above announcement may not be the much sought soother, it still is some good news for CG employees who have been demanding a hike of more than 18k as opposed to the Rs 18,000 recommended by the 7th Pay Commission.