5. This issues with the concurrence of Finance Division of this Ministry vide their ID No. 10(16)2018/Fin/Pen dated 26.12.2018.
6. Hindi version will follow.
Yours faithfully
(Manoj Sinha)
Deputy Secretary to the Government of India
Copy to:
MoD(Fin/Pension)
CGDA, New Delhi.
As per standard distribution list. 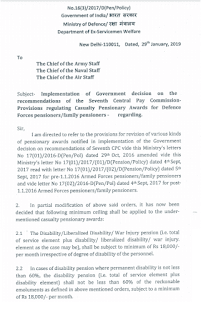 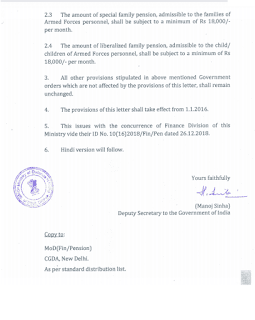