The undersigned is directed to invite attention to this Departments OM No. 1-6/ 2016- C dated 3rd August, 2017, explaining in detail the methodology for applying the principle of "bunching" consequent upon pay fixation in the revised pay scales (applicable Levels of the Pay Matrix) effective from 1.1.2016 based on implementation of the recommendations of the 7th Pay Commission.
[post_ads]
2. Notwithstanding the fact that the said OM dated 3.8.2017 has elaborately explained the issue of bunching in the context of the revised pay scales based on yth Central Pay Commission, references are being received in this Ministry seeking clarification as to the methodology to carry out the principle of bunching. It is seen that some of the clarifications received seem to arise out of the position on bunching as obtaining during the pay structure in vogue based on 6th Pay Commission before 1.1.2016 vis-a-vis the position explained in terms of this Ministry's aforesaid OM dt. 3.8.2017 in the context of pay structure currently in vogue from 1.1.2016 based on the recommendations of the 7th Pay Commission.

"5.1.36 Although the rationalisation has been done with utmost care to ensure minimum bunching at most levels, however if situation does arise whenever more than two stages are bunched together ,one additional increment equal to 3 percent may be given for every two stages bunched, and pay fixed in the subsequent cell in the pay matrix.

(i) Where consequent upon fixation of pay in terms of Rule 7 (1) (A)(i) of the CCS (RP) Rules, 2016, two different pay drawn in the pay structure obtaining immediately before 1.1.2016, which were separated by one another by 3% of the previous stage, are fixed at the same cell of the applicable Level of the Pay Matrix effective from 1.1.2016, then the benefit of bunching by way of one additional increment as on 1.1.2016 shall be admissible in respect of the pay which is more than 3% of the previous pay, as per the illustration given by the 7th Pay Commission in para 5.1.37, as mentioned above. This is further illustrated as below:
[post_ads_2]
(ii) In view of the position explained in para 8 above and the specific recommendation of the 7th Pay Commission as per its illustration given in para 5.1.37 of its report, no further action is to be taken after the benefit of bunching as a result of application of Rule 7(1)(A)(i), as indicated above. This is as illustrated below:

10. In the light of the above, the points of clarification as referred to this Ministry are explained in the Annexure III.

11. These orders are issued after consultation with the Comptroller and Auditor General of India in their application to the employees belonging to the Indian Audit and Accounts Department.
12. Hindi version of these orders is attached.
Sd/-
(Amar Nath Singh)
Director
Read Also 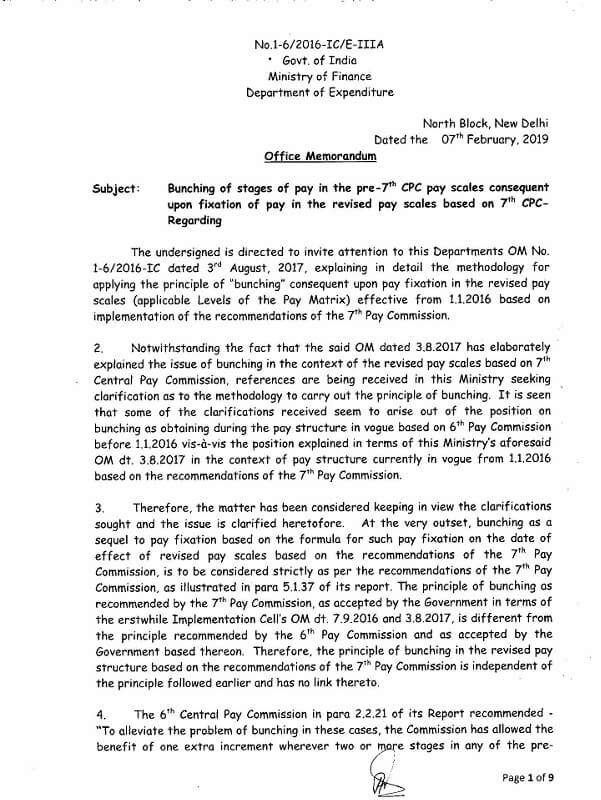 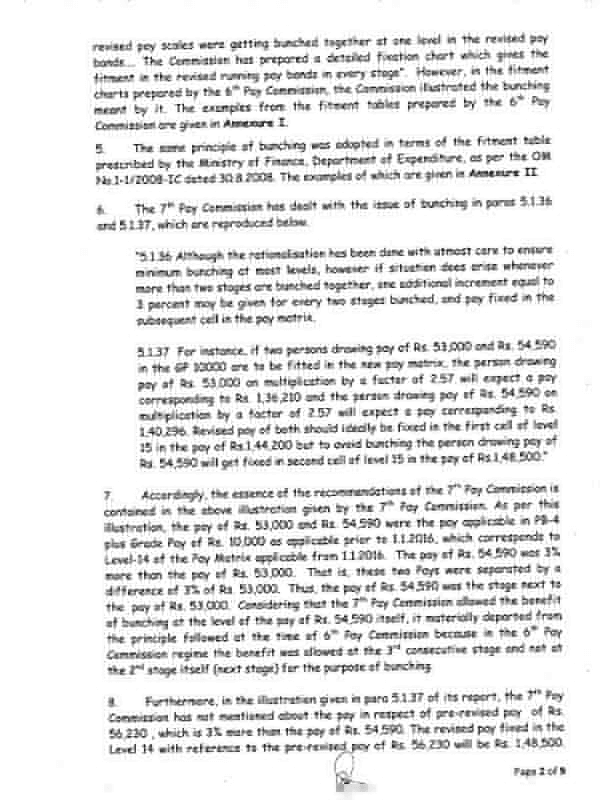 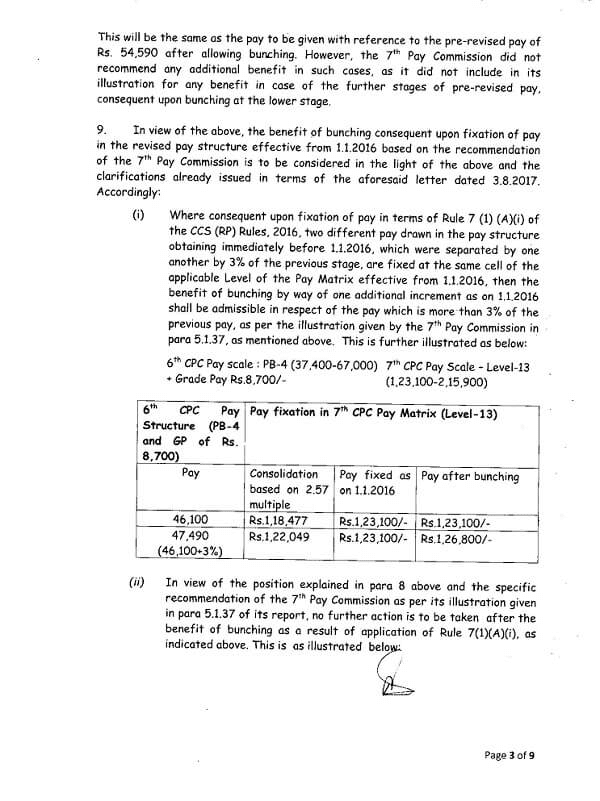 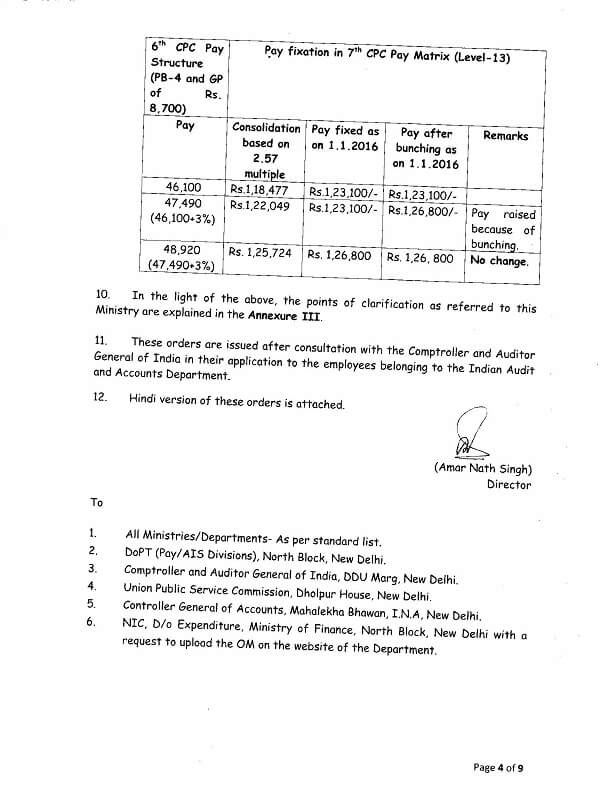