7th CPC Fixation of Pay of running staff promoted as on 01.01.2016 or thereafter - Clarifications

The General Managers,
All Indian Railways.

Sub: Fixation of Pay in the revised pay structure for running staff promoted as on 01.01.2016 or thereafter-clarifications regarding.

1. One of the Zonal Railways has sought clarification regarding the applicability of Board's instructions issued vide letter No. E(P&A)II/2010/RS-27, dated 21.03.2014 (RBE No.30/2014) in 7th CPC pay structure also in an identical situation.

4. This issues with the concurrence of the Finance Directorate of the Ministry of Railways. 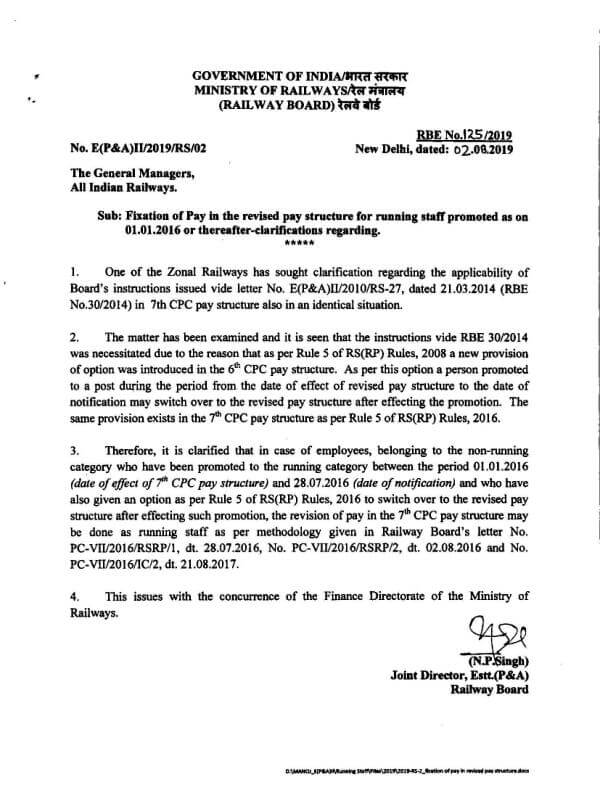